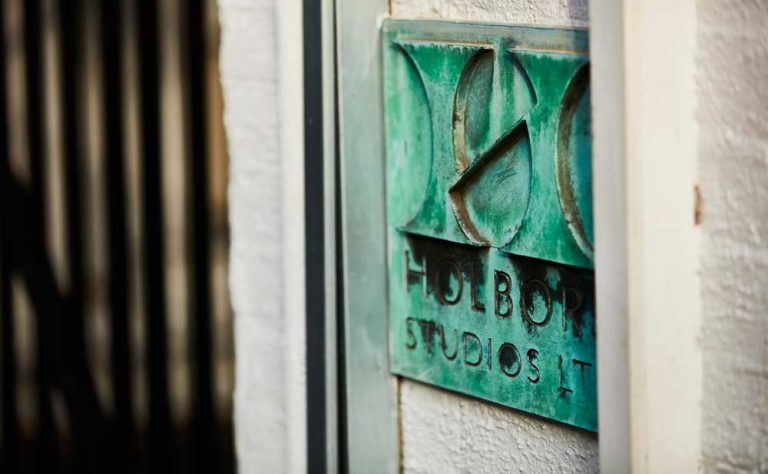 The High Court Judge Mr Justice Dove today ruled that Hackney Council unlawfully granted planning permission to developers Galliard Homes for a scheme that included the demolition of Holborn Studios, one of the world’s leading photographic studio complexes and a major employer in the area. The mixed use residential and commercial development offered zero affordable or social housing despite containing 50 canalside apartments.

Holborn Studios has been a tenant of the site, on the banks of the Regents Canal near Old Street, for 31 years. Their tenancy has seen a derelict warehouse space converted into a thriving studio complex and media hub. All manner of iconic images have been captured within the historic buildings.

The planning application by Galliard Homes proposed redevelopment that made it impossible for Holborn Studios to continue operating from the site.  Previously the Council had sought the retention of the photographic studios in any scheme on the basis that Holborn Studios has made an important contribution to the regeneration of the area, but unaccountably this requirement was then dropped without explanation.

At the planning committee meeting, although Hackney Councillors seemed troubled by the loss of Holborn Studios, they nevertheless voted by a majority in favour of the scheme that would result in the loss of the studios and provide no affordable housing.

Holborn Studios accordingly sought a Judicial Review of the grant of planning permission to Galliard Homes’ on the grounds that 1) Hackney Council had withheld from the public viability material relating to the absence of affordable housing (despite local and government policy that such material should be released) so that the public could not make informed representations about the lack of affordable housing and 2) the Council unlawfully prohibited committee members from reading material other than the committee report, so that the public were unable to send their democratically elected councillors their objections to the planning application and have them taken into account other than as summarised in the committee report; and 3) the Council failed to take into account policy support for retention of creative industries such as Holborn Studios.

The Judge agreed with Holborn Studio’s arguments in 1) finding that ‘The failure to provide the background material underpinning the viability assessment in the present case, in circumstances where such material as was in the public domain was opaque and incoherent, was a clear and material legal error in the decision-taking process’ and quashed the planning permission on that basis.

‘The standard correspondence clearly advised against members of the public writing directly to members of the committee; there was no warrant for that advice or discouragement and it impeded the freedom of expression of a member of the public who was entitled to write to a member of the planning committee setting out in his or her own terms the points they wish to be considered in respect of an application and expect that the member would have the opportunity to read it. It appears that Councillor Stops was under the impression that he was to resist being lobbied by either an applicant or member of the public, and Councillor Snell had apparently taken legal advice to the effect that he should refrain from reading any lobbying letter and forward it on to officers. Neither of these approaches reflects the defendant’s Code, nor does it reflect the entitlement to freedom of expression in accordance with the legal principles set out above. Indeed, the addendum to the committee report responding to this point fails to reflect the need for members to be open to being lobbied consistent with the legitimate exchange of views and opinion on the merits of an application.’

However, the Judge found that on the facts of this case, the unlawfulness did not result in prejudice to Holborn Studios as they were able to make their position clear to the Councillors at the planning committee meeting by way of oral representations from their barrister.

Est1979, a retrospective of the iconic images shot at Holborn Studios, will be shown in Summer 2021.

For further information, interview requests or image requests (including a selection of iconic images shot within the studios) please contact billy@holbornstudios.com.

We’ve been providing rental studios in London for over 35 years and our mission is provide “definitive studio hire”.

Look around our studios here.

Click here to read all about our key members of staff

Lovingly designed and built by Enotions

This website uses ‘cookies’ to give you the best user experience possible and us statistical data about our visitors and how they have used our site. No personal details shared by cookies can identify you. Using this website means you’re happy with this. You can find out more about the cookies we use at our Cookie Use Page or by clicking link in the footer. To hide and accept this message, click OK.